John W. Whitehead of the Rutherford Institute on the new U.S. Shadow Government 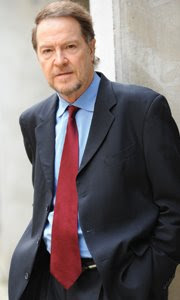 “All men having power ought to be mistrusted.”—James Madison

America’s next president will inherit more than a financial catastrophe when he assumes office. He will also inherit a shadow government—one that is fully staffed by unelected officials, fully operational and ready to take over the running of the country at a moment’s notice.

This so-called shadow government is not a new development. It has been a long time in the making. Yet it has been so shrouded in secrecy, even from those elected to represent the American people in Congress, that it essentially exists and functions contrary to any concept of democratic government. The little that has leaked out merely serves to reinforce concerns that an authoritarian government waits in the wings. All it will take is the right event—another terrorist attack, for example—for such a regime to emerge from the shadows.

It might not even require an actual attack, as President Bush ensured when he stealthily issued National Security Presidential Directive 51 and Homeland Security Presidential Directive 20 in May 2007. Comprising the country’s Continuity of Government (COG) plan, these directives, which do not need congressional approval, provide a skeletal outline of the actions the executive will take in the event of a “national emergency.” In fact, they go so far as to grant the president the power to unilaterally declare a national emergency, which is loosely defined as “any incident, regardless of location, that results in extraordinary levels of mass casualties, damage, or disruption severely affecting the U.S. population, infrastructure, environment, economy, or government functions.”

Just what sort of actions the president will take once he declares a national emergency can barely be discerned from the barebones directives. However, one thing is clear—in the event of a national emergency, the president will become a dictator because while the Bush directives ensure the continuity of executive branch functions, they do not provide for repopulating or reconvening Congress or the Supreme Court.

Thus, a debilitating attack would give unchecked executive, legislative and judicial power to the executive branch and its unelected minions. The country would be subjected to martial law by default, and the Constitution and the Bill of Rights would be suspended. (This adds an ominous note to the disconcerting news that for the first time ever, U.S. military forces, trained in domestic police tactics and crowd control, are being deployed inside the U.S.)

Originally devised as a plan for quickly restoring constitutional government, the COG concept arose during the Cold War. The fear was that a nuclear strike would paralyze the federal government.

These concerns continued into the 1980s. Under President Ronald Reagan, an elaborate plan was created in which three teams consisting of a cabinet member, an executive chief of staff and military and intelligence officials would practice evacuating and directing a counter nuclear strike against the Soviet Union from a variety of high-tech, mobile command vehicles. If the president and vice president were both killed, one of these teams would take control, with the ranking cabinet official serving as president. Among those Reagan handpicked to advise an inexperienced and potentially incompetent successor in a time of crisis were Congressman Dick Cheney and Donald Rumsfeld, then a business executive with G. D. Searle & Co. At least once a year during the 1980s, Cheney and Rumsfeld vanished on top-secret training missions, where each of the teams practiced evacuating and directing a counter nuclear strike against Russia.

This all changed after the attacks of September 11, 2001, when it became clear that the assumptions that drove COG planning during the Cold War no longer applied. There would be no warning against a terrorist attack. Thus, instead of relying on part-time bureaucrats and evacuation schematics, the Bush administration permanently appointed executive officials, stationed outside the capital, to run a shadow government.

The plans for the shadow government are more elaborate than many realize. Massive underground bunkers the size of small cities are sprinkled throughout the country for the government elite to escape to in the event of a national emergency. Mount Weather, near Bluemont, Va., is one of a number of such facilities. Built into the side of a mountain, this bunker contains, among other things, a hospital, crematorium, dining and recreation areas, sleeping quarters, reservoirs of drinking and cooling water, an emergency power plant and a radio/television studio. There is also an Office of the Presidency at Mount Weather, which regularly receives top-secret national security information from all the federal departments and agencies. This facility was largely unknown to everyone, including Congress, until it came to light in the mid-1970s. Military personnel connected to the bunker have refused to reveal any information about it, even before congressional committees. In fact, Congress has no oversight, budgetary or otherwise, on Mount Weather, and the specifics of the facility remain top-secret.

What is the bottom line here? We are, for all intents and purposes, one terrorist attack away from having a full-fledged authoritarian state emerge from the shadows, at which time democratic government will be dissolved and the country will be ruled by an unelected bureaucracy. And because so much of this shadow government remains under wraps, there is much we don’t know about it. Yet that does not diminish the threat it poses to democratic government.

In his 1961 Farewell Address to the Nation, Dwight D. Eisenhower tried to warn us that a nefarious military-industrial complex had emerged in America. “The potential for the disastrous rise of misplaced power exists and will persist,” he said. Eisenhower realized that after World War II, America had become a national security state that operated largely in secret and answered to practically no one.

The Bush administration, in fact, has refused to reveal the classified details of COG, even to members of Congress. Representative Peter DeFazio (D-Ore.), a member of the Committee on Homeland Security, requested access to COG plans. Members of Congress are supposedly allowed to view such documents in a secure “bubble room” in the Capitol Building. However, White House staff refused to release the documents. Understandably, DeFazio was livid.

Those who drafted the Constitution never contemplated, nor would they have tolerated, a nonelected, secretive shadow government. All government officials under the U.S. Constitution are accountable to the elected representatives. Otherwise, democratic government, for all intents and purposes, ceases to exist.
Posted by RobertsCourt.com at 8:40 AM